‘The next morning, Sid got up a little anxious. He sat close to the piece of land he had cultivated and waited. Hours passed and nothing happened. The day passed and still nothing happened. “All right, at least I’ve been living spiritedly during these days in the Enchanted Forest. I did what seemed good and necessary to me”. It had appeared to be really hard to decide on the right spot on which the four-leaf clover, the clover of infinite happiness, could come up.

But then, all of a sudden, something happened unexpectedly. The wind, the Lord of Destination and Coincidence, he who seems to be moving randomly, started moving the leaves of the trees. And then it started to rain seeds, tiny green-golden grains. Those were the seeds of the four-leaf clover, every seed being… a potential clover of happiness! There was more than one… it really rained seeds of four-leaf clover.

The most incredible thing was that they did not only fall on the spot where Sid was, they fell everywhere in the Enchanted Forest, in all corners and holes of the forest. And not only in the Enchanted Forest, but everywhere in the whole kingdom. It rained seeds of four-leaf clover above the heads of the knights who hadn’t responded to Merlin’s challenge; it rained above all beings in the forest, above the Gnome, above the Sequoia, above the Dame of the Lake, above Ston…; above Nott and above Morgana. It rained seeds of four-leaf clover… everywhere!

The inhabitants of the Enchanted Forest and of the rest of the kingdom didn’t pay attention to it. They knew this strange rain of green-golden seeds fell once a year, in this period of time. In fact, it bothered them every year, since the rain was rather sticky…

After some minutes, the rain of four-leave clover seeds stopped. The tiny green-golden grains merged with the ground, like drops of water in an ocean, in all the corners of the Kingdom. They just disappeared like seeds scattered in the desert. And so they were lost, since they did not sprout. Billions and billions died on the worn out, rough and stony ground of a dark forest.

All, but some tens that fell on a small piece of fresh and fertile soil, on the small piece of land where the sun was shining and shadow provided protection, where there was enough water and no stones were to be found. Only these seeds grew into four-leaf clovers in a short time, a whole lot of germs of magical clover, enough to have happiness the year round… till the rain of the next year. In other words: infinite happiness. Thrilled with joy, Sid looked at the happiness he had created himself. Deeply moved, he fell on his knees, his eyes full of grateful tears… ‘

I admit, I had lost it for a while. What is it, happiness? Being happy? I haven’t found an answer and to be honest, I stopped thinking about it. I’ve learnt to have long term intentions, not as a goal but as a destination, as in a GPS. I’ve also learnt to build towards it step by step, enjoying the process. My basic intention? With Equoia, I want to contribute: help people and organizations experience and use their core power, with the support of the horses and what they teach me. How? In my mind, I constantly hear the words of my mentor, Pieter Baalbergen. For a couple of years, I had the opportunity to immerse in the richness of his wisdom and his lived experience concerning the nature of horses: who are they, and what do they fundamentally need. He always used to say: “If you want to reach a result, don’t head for the result. Instead, create the conditions that enable the result to arise”. Completely analogous to the message of the booklet mentioned above.

Fertile grounds are being created: 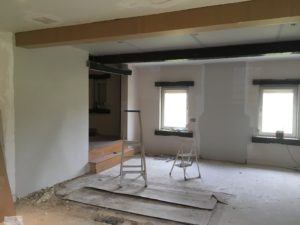 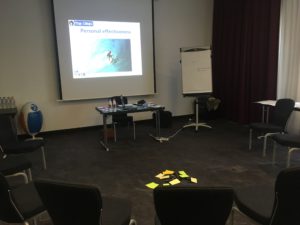 The Solution Focused way of working has opened the world to me, literally as well as figuratively: it has brought me solid cooperations and fascinating trainings, possibilities and contacts here and abroad. With my horses, I’m giving gorgeous lessons and doing valuable coachings. My own location keeps on developing. I’ve started writing a book about the essence of what I bring into the world, with my horses, on a Solution Focused base. Last but not least: I’m constantly surrounded by a warm and supportive network…

‘When he noticed that the wind had died down, Sid wanted to say goodbye to him and thank him for bringing the seeds. So he called him, looking at the sky: “Wind, Lord of Destination and Coincidence, where are you? I would like to thank you!” The wind answered: “You needn’t thank me. Every year around this time I scatter seeds of four-leaf clover everywhere in the Enchanted Forest and in every corner of the kingdom. I am the Lord of Destination and Coincidence and following a plan, wherever I pass, I bring the seeds of Happiness. Unlike what many people think, I don’t distribute happiness, I just sow it in equal parts, everywhere. The clovers of happiness have germinated because you created the proper conditions to make it possible. Whoever had done this would have created Happiness. I only did what I’ve always done. The Happiness I bring has always been there. The problem is that almost everyone thinks you don’t have to do anything to get it”. And he continued: “As a matter of fact, it was not important which spot you chose. The most important thing was that you prepared the spot as you did. Happiness is the sum of an opportunity and a good preparation. There’s always an opportunity.” And so it is… ‘ 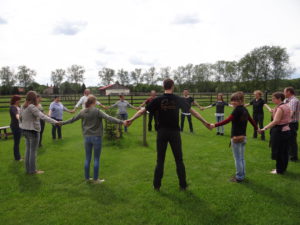 With Equoia, I will carefully keep on cultivating land into fertile soil for happiness. 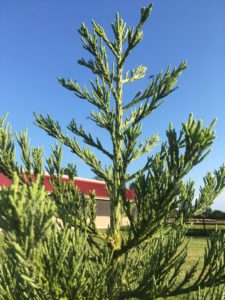 ‘But, Sid, the most important thing is this: you decided not to rely on coincidence to find the clover, you chose to create the proper conditions through which it could come to you. You decided to be your own source of happiness’

So: the woman farmer, she kept on ploughing…